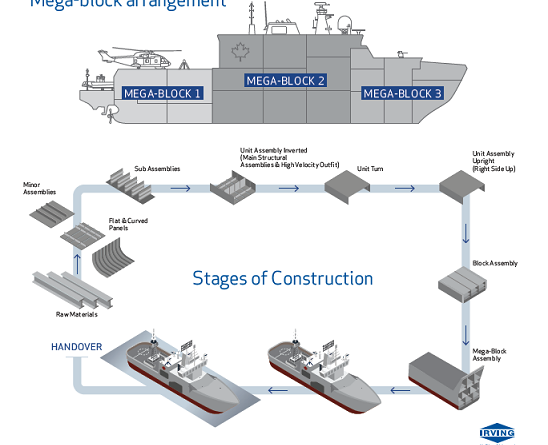 The presence of a major shipyard in Halifax and a large number of boatyards about Nova Scotia means that there are frequent opportunities for the reporting of the building of ships and boats. Those industries have their own terms for many of their activities, terms which when used can make for better reporting.

There are six Harry DeWolf-class Arctic and Offshore Patrol Vessels (AOPV) being built by Irving Shipbuilding for the Royal Canadian Navy (RCN) as part of the Arctic and Offshore Patrol Ships project. The AOPV are being built using a modern method called ‘block construction’ and not by the traditional way of using hull frames on a slipway. Each AOPV is comprised of 64 units, including two mast structures. Each unit is ‘assembled’ from minor assemblies, sub-assemblies, panels, etc. In some cases two or three units are ‘joined’ together to form a block, which is then joined to one of three mega-blocks of the ship (bow, center and aft). Other units are joined directly to a mega-block. The three mega-blocks are joined together to form the ship. The appropriate and usual terms to use when writing about the building of AOPV are ‘assembling’ and ‘joining.’ ‘Erected’ is another term used for joining units, blocks and mega-blocks together. Other terms, such as ‘piecing together,’ are not in use by the shipbuilding industry and RCN.

Block construction has been in place for a number of decades and is the primary method used today throughout the world.  It was the method by which the Canadian Halifax-class frigates were built; other recent examples include the US Arleigh Burke-class destroyers and the Royal Navy’s Daring-class destroyers and Queen Elizabeth II-class aircraft carriers.  Some of the major advantages of this method include being able to outfit units with a great deal of material (pipe spools, vent trunking, etc.) early in the building process when the units are most accessible.  As an example, for the AOPV the generators, electric motors and bow thruster were set in place before the decks above were placed on top of them.  This is easier and faster than trying to wrestle large items into a ship after it has been joined together.

In Irving’s Halifax Shipyard, the three mega-blocks for the Harry DeWolf-class vessels are being built inside the Ultra (or Module) Hall from where they will be brought outside one at a time and positioned on the reinforced concrete Ship Erection Platform (SEP).  The mega-blocks are welded together on the SEP to form the complete ship.  The six-story Outfit Support Tower (OST) can be seen to the north of the Ultra Hall in the Halifax Shipyard, and contains lunchroom, washroom, locker and tool crib facilities to support the workers whilst they are joining the three mega-blocks together.

The mega-blocks will be moved from the Ultra Hall to the SEP using a number of Self-Propelled Modular Transporters (SPMT), which are multi-wheeled heavy lift crawlers.  The SPMT will lift each mega-block, complete with the cradles the mega block rests in, and drive out of the building onto the SEP.  After the three mega-blocks have been joined together, the entire ship, including cradles, will be lifted by the SPMT and moved onto a launch barge positioned in line with the ship.  The barge will be taken into deeper water and submerged in order to float up the ship.  The barge is then refloated and the cradles will be recovered for use in the next AOPV to be built.  In some other yards the move from shore to barge is done by rail.  In either case, the movement is called the ‘transition.’  In the US shipbuilding industry, the term is ‘translation.’ 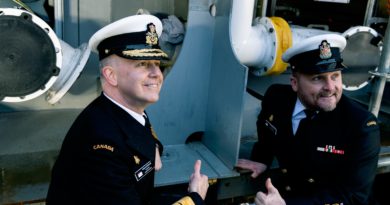 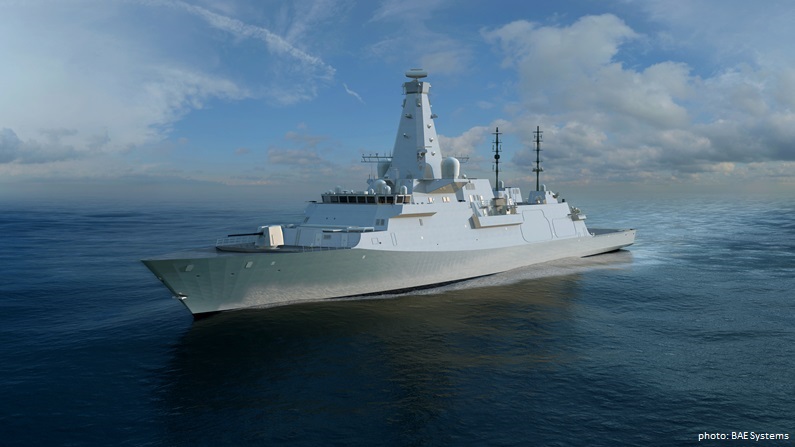