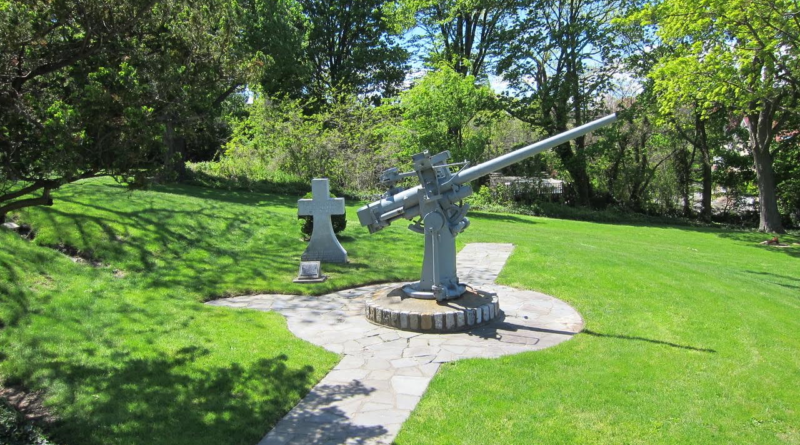 The first weekend of May each year, Canada remembers those who served in the Royal Canadian Navy (RCN), the Royal Canadian Air Force (RCAF) and the Canadian Merchant Navy during the Battle of the Atlantic 1939 to 1945.  Though by Canadian law 3 September has been known since 2003 as ‘Merchant Navy Veterans Day,’ the May weekend has long included commemorations of the Canadian Merchant Navy in the Battle of Atlantic.  People gather at monuments and at places such as the Maritime Museum of the Atlantic to “acknowledge the contribution of the veterans of the Merchant Navy to ensuring the freedom and democracy enjoyed by Canadians.”

Recently an old photo was found in the files of the Naval Museum of Halifax, a photo of a burial of a large number of US Merchant Marine sailors at Sydney, Nova Scotia during the Second World War.  RUSI(NS) has an ongoing history and heritage effort in support of the National Inventory of Canadian Military Memorials (NICMM), an effort that seeks to ensure that memorials are listed in the NICMM. Memorials to foreigners are not in the NICMM, but knowing that those memorials to the Canadian Merchant Navy are, questions arose as to who were those US sailors at Sydney, and if and how those sailors are commemorated.

Thanks to some research by RUSI(NS) member and friends, it has been learned that the photo of the burial at Sydney was probably of sailors of SS (Steam Ship) J Pinkney Henderson, a Liberty ship lost due to accident off Sydney in August, 1943.  The deceased off J Pinkney Henderson, 34 men, were buried at a cemetery at Sydney, and a monument erected.  Shortly after the Second World War, the bodies were returned to the USA and buried at the Jefferson Barracks National Cemetery, and the monument, no longer needed, was donated to the American Merchant Marine Academy, King’s Point, New York.  The monument languished in obscurity and then was buried away at the Academy until 22 May 2003, US National Maritime Day, when it was discovered and ultimately re-erected as a memorial to mariners who lost their lives in wartime.  Of note is that amongst the dead of J Pinkney Henderson (64 of 67 crew; only 32 bodies were recovered) were two cadet-midshipmen from the Academy.

Every year in Halifax, men and women of the US Navy on exchange service with the RCN in Halifax gather at Deadman’s Island on the US Memorial Day at the end of May to remember those buried there from the War of 1812.  Often a US warship visits Halifax for Memorial Day, and members of that ship’s company parade at Deadman’s as part of the ceremony (see “Memorial Day ceremony honours the fallen on Deadman’s Island”).  The RCN participates in the event with its close ally, contributing music from a Canadian naval band and flyover by a maritime helicopter to mark our friendship.

A US Navy officer in Halifax explained how the sailors of J Pinkney Henderson and other US Navy and Merchant Marine buried in Canada are commemorated: “One of the purposes of Deadman’s Island is to remember not only those buried at the island but all service members who have given their lives in defence of the United States.  That is the main reason we hold the event on Memorial Day.  It would be impossible to get to all of the places throughout Canada that contain memorials or the remains of US service members.  We are able to commemorate them at Deadman’s Island and celebrate Memorial Day to the level that we do due to the presence of US service members in Halifax and the proximity of the US Consulate, with the support of Canada’s Maritime Forces Atlantic.”

So, the sailors in the photo are home, and an appropriate monument and ceremony commemorate them.  They are remembered.

Some articles by Rannie Gillis in the Cape Breton Post about SS J Pinkney Henderson:

(February 25, 2017) Ship went aground on western shore of Point Edward 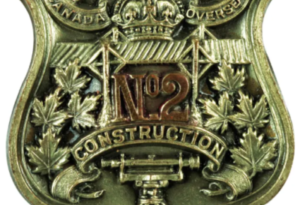