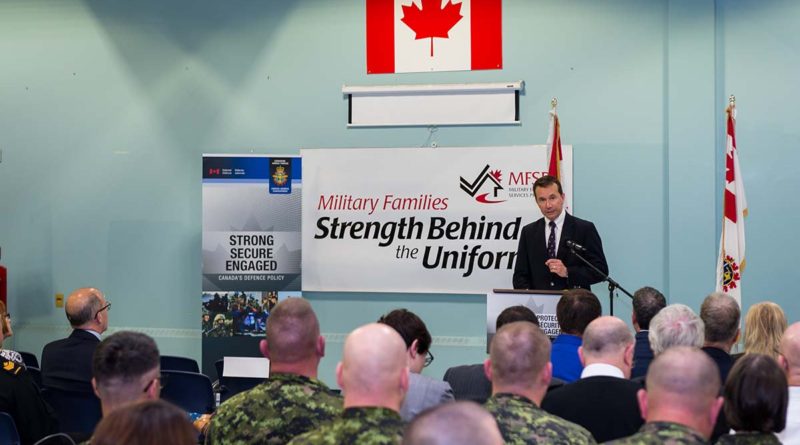 This past Friday, 9 June 2017, the Honourable Scott Brison, Member of Parliament for Kings-Hants, Nova Scotia, and President of the Treasury Board, addressed members of the military and various stakeholders at the Canadian Forces Base (CFB) Halifax Military Family Resources Centre (MFRC).  The long awaited Canada Defence Policy was unveiled to the public this last week and the government is sending its representatives out to spread the news.

The CFB Halifax MFRC was a fitting backdrop for Mr Brison’s speech as his words concerned the ‘softer’ personnel-oriented portions of the Liberal’s Strong, Secure, Engaged themed Defence Policy.  He described how they are providing an extra $147 million to MFR Centres across the country to boost support to military families.  He briefly spoke about how the government has laid out their 20 year plan with boosted funding through to 2026-2027.  Plus, he described the lengthy and thorough process of consultation with Canadians and allies.  The government tried to dovetail the wishes of our citizens with what our defence partners were doing.  It has been a lengthy process and the government realizes that the men and women in uniform are the heart of the organization.

After the preamble, Mr. Brison spoke on some specifics of the new policy which should alleviate the stress and angst of our military members.  He stated that the transition process for our military members has not had a good track record.  Men and women who have taken off the uniform have felt abandoned, victimized and bereft of benefits.  There is a moral responsibility to look after those people who had the country’s back, and Mr Brison pledged that his government will do a better job in the future.

To that end, as part of the new Canada Defence Policy, there is a section dedicated to Canadian Armed Forces (CAF) personnel and their families.  Entitled ‘Well-Supported, Diverse, Resilient People and Families,’ the full text of the document can be found here.  Mr Brison emphasized four key points:

•    A Personnel Administrative branch will be created whose purpose will be to help military personnel throughout their career with the end goal of easing transition back to civilian life.

•    The medical services of the CAF will be augmented by 200 personnel which will include experts in transition care.  Injured military members with have definitive care in place before release.

•    A new CAF Transition Group of 1200 personnel will be created.  The composition will be 400 staff who will be working with 800 ill and injured military personnel.  The goal will be to either get these personnel well enough to return to duty or to transition them successfully to civilian life.

•    The last major initiative announced was that all benefits, such as pension payments, will be in place before a member is released.

In addition to the pay raises, deployment income tax relief, family support measures, etc., these new policy initiatives should increase the general morale and welfare of CAF members.  Although there was no timeline given by Mr Brison for all the new programs, the attendees were cautiously optimistic that the government will do the right thing by the men and women who stand on guard for thee.

Coalition an Opportunity to Truly Stomp Out Politicized Jihadism 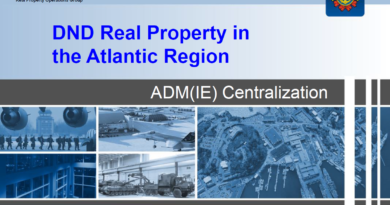