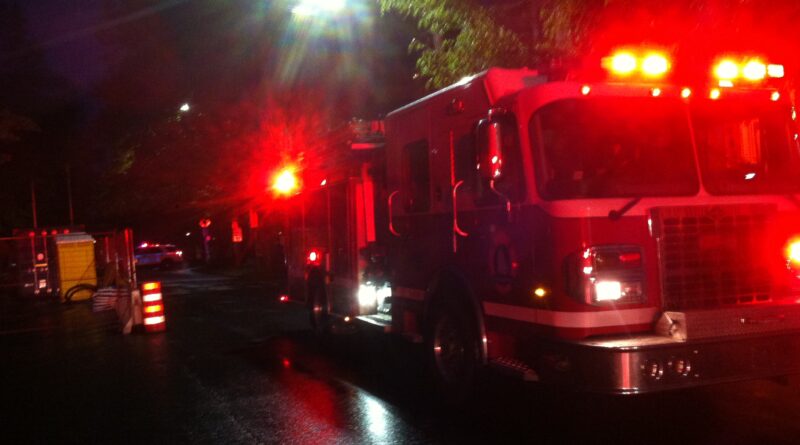 It was a quiet morning in the sleepy, rainy seaside city of Halifax, Nova Scotia in Canada.  A few hundred police, firefighters, paramedics and mental health experts gathered in a posh downtown hotel for the inaugural event of a conference on mental health for first responders.  I will leave the attendees their privacy and the speakers their trade secrets.  However, I can say one thing is clear: things are finally getting moving on the subject of mental health in national security and public safety circles.

I spoke with a senior US public servant in a relevant field to see what policy measures are needed to make the most of this momentum.

“I am an attorney with the federal government (speaking in my capacity as a private civilian),” Kate Kovarovic told me. “And also the Director of Resilience Programming for the AfghanEvac coalition.

The sad reality is, when I mention these ideas to service members, they mostly shake their heads and tell me it will never happen.  It is impossible for them to believe that mental health will ever be a priority for the military.  As a result, many simply suffer through their symptoms for years, untreated and unsupported until they feel it’s ‘safe’ to get help.

Post-service treatment options have improved, but are typically viewed through too wide a lens.  The truth is, the mental health needs of veterans are nuanced and complex.  The way you’d treat PTSD is not necessarily the same way you’d treat a moral injury.  Providers hired by the Department of Veterans Affairs (VA) could be required to undergo specific training on these topics or maintain certification in certain fields, so that veterans can better identify the providers who are best suited to address their needs.

We’ve paid a lot of lip service to improving veterans’ access to mental health care, but these words haven’t always resulted in meaningful action.  But if a veteran is in crisis, they won’t benefit from a clinic appointment four weeks out.  If we’ve learned anything from COVID, it’s the immense capacity of the mental health field to pivot to meet patients’ needs.  Policy changes can easily be made to provide military-specific training to private providers, improve veterans’ access to private care with timely reimbursement options, and utilize telehealth appointments as a means for long-term and beneficial treatment.”

Thank you Kate, for the expertise!

For my part, I can recommend a few steps which I can say are crucial for this push on mental health to benefit veterans and first responders and not just the PR of the organizations who employ them.

First, military and first responders’ organizations need to find adequate employment options for those whose PTSD is too severe to work on the front lines.  Such employment options exist and the alternative to this policy versatility is the spectre of homeless and addicted veterans at a time when recruiting efforts are failing to meet their targets.

Second, there needs to be more humanity in public-facing work with the mentally ill.  Certainly police I know would, contrary to the demonization of cops in the media, not actually prefer to do mental health calls themselves without the support of unarmed mental health professionals and social workers – or without such personnel being sent instead of the police.  This would free up the police to deal with other emergencies.

Third, there needs to be a wide-reaching change in media discourse around mental health to avoid stigmatizing language and stereotypes.  Currently, personnel with PTSD can expect a toxic mix of ridicule and fear which prevents them from addressing their peril.  This is only encouraged by turning on the TV to fiction content and seeing a mentally ill murderer as the monster and turning on the TV to the talking heads of cable news and seeing a political administration laughed about as “schizophrenic” owing to policy inconsistencies.

Now is the time for these changes to be pushed for on both sides of the political spectrum.  The cost in human lives of military veterans alone exceeds the deaths from combat for those same militaries.  First responders live in fear of being outcasts in their own communities.  For those brave enough to seek fulfilling work serving the public, there needs to be the reassurances that they will not be swept under the rug, thrown under the bus, or scapegoated for social ills.

Are the higher-ups in national security bureaucracies in the US and Canada ready to bring the change that is needed?  I have seen traction with this advocacy in both countries.  Ultimately it may not just benefit those who serve both nations on the front lines, but also the soft power of both countries at a time when soft power will be crucial to maintain the North American way of life.

Photo by Jay Heisler, a fire at his old apartment building in Halifax, Nova Scotia, Canada.

This work is the sole opinion of the author and does not necessarily represent the views of the Canadian Armed Forces, federal government departments and agencies or the Royal United Services Institute of Nova Scotia.  The author may be contacted by email at: [email protected]