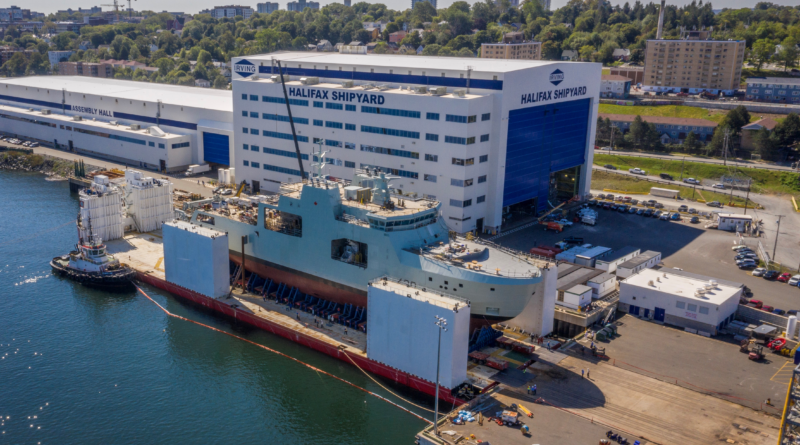 Launch. A ship can be launched stern first, bow first or sideways (beamwise) down a slipway directly into the water. Or, as is the case with AOPV, she can be ‘transitioned,’ carried from the wharf where she was built onto a barge. The barge is moved away from the wharf and semi-submerged, allowing the ship to float up. A launch usually occurs after a naming but as the launch process for the first AOPV will take some time, understood to be days, and as it is intended that the naming be a major ceremony, the launch will be prior to the naming.

Naming. Though traditionally naming ceremonies were filled with religious aspects, increasingly they have become secularized. In the RCN the ceremony was called a christening but in modern times that has been changed to naming. At the ceremony, after speeches and prayers, the sponsor breaks a bottle of wine or other liquid on the ship’s bow as a form of toast and then declares the ship’s name. It is at this point that the ship is officially named. Prior announcements are declarations of the intended name, and ships have on occasion had their name changed before their naming ceremony. During building an AOPV is really ‘Irving Hull ###’ though she can also be known as ‘future HMCS Name’ or ‘future Name.’ The future HMCS Harry DeWolf(1) is Irving Hull 103, and her sisters of the Harry DeWolf-class will be numbered sequentially after that.

Acceptance. The occasion of signing a certificate by AOPS and other government staff and by shipbuilder representatives indicating that the builder has achieved contract requirements to date and that the government will now assume responsibility for the ship. The occasion is marked by a small ceremony, usually in the ship’s captain’s cabin. For Harry DeWolf, acceptance will occur some time after the launch and after builder’s and acceptance trials are completed, and before naval trials and the commissioning ceremony. Acceptance can be considered as ‘delivery’ of the ship by the builder, though that may be affected by contractual stipulations. After the acceptance a naval officer assumes command of the ship (having been ordered or commissioned to do so), relieving the shipbuilder’s civilian master. The ship is legally in commissioned service as of this time, and the identifier HMCS (Her Majesty’s Canadian Ship) is put as part of the ship’s name.

Builder’s Trials(2). Evaluation trials and inspection conducted by the builder for the purpose of assuring the builder and the Navy that the ship is, or will be, ready for acceptance trials. These trials are a comprehensive test of all ship’s equipment and approximate the scope of the acceptance trials.

Commissioning. The ceremony marking the taking into active naval service of a ship. The event may be some months after the date when a naval officer took command and the ship entered commissioned service. Commission refers to the orders to take command; it is not the ship per se that is commissioned.

Sponsor. A person, traditionally a woman, selected for her or his relationship to the ship’s namesake or role and who represents the crown/state at the naming ceremony. It is said that the sponsor’s spirit and presence guides the ship throughout the service life of the ship.

Transition(3). The movement, often sideways although in Harry DeWolf’s case longitudinally, of a ship from wharf to launch barge.

Wharf(4). Marine infrastructure laid out parallel to the shore. The particular wharf where Irving Shipbuilding joins together the mega-blocks of an AOPV is called the Ship Erection Platform (SEP).

Launch Barge(6). A vessel onto which each AOPV will be moved and then taken out into Bedford Basin, where the barge will semi-submerge to float up the AOPV. Irving has chartered BoaBarge 37 for this. 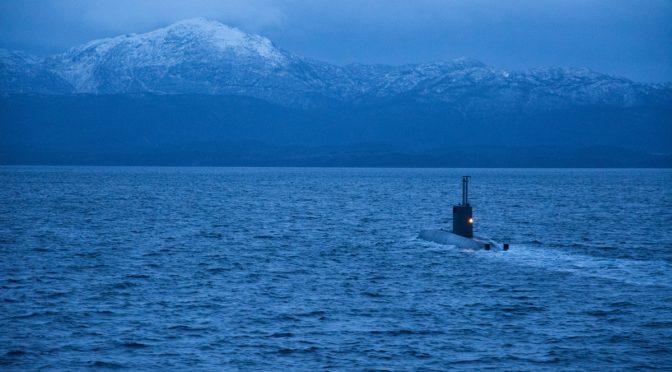