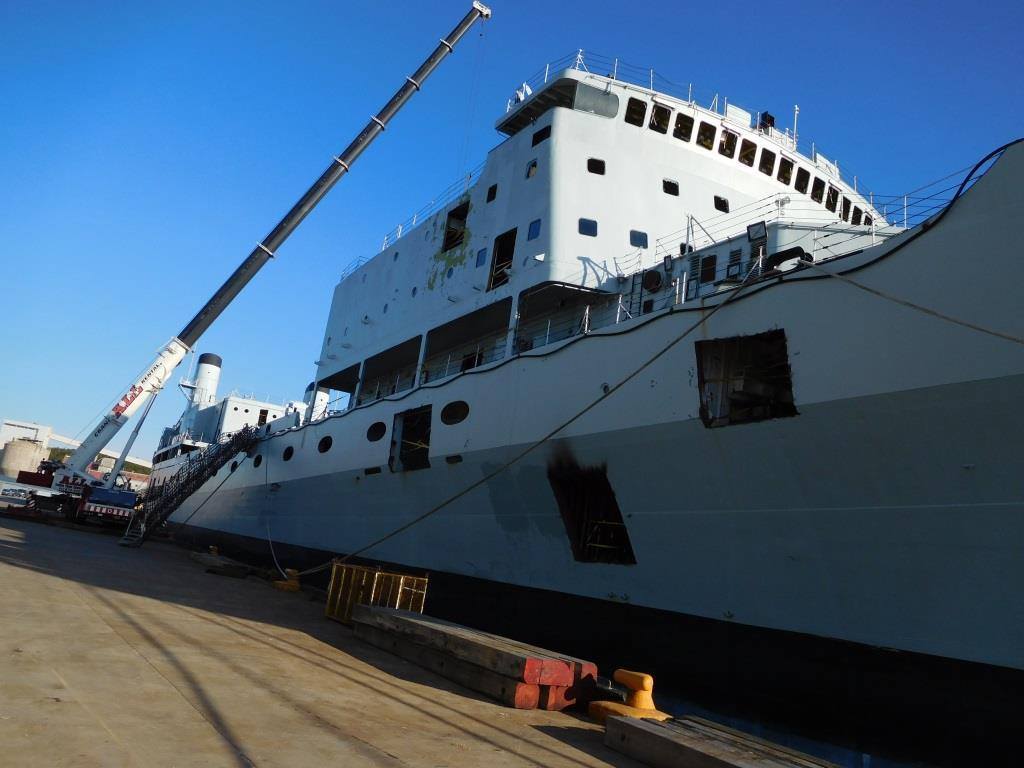 On 18 July 1968, the oiler Protecteur was launched at Saint John, a year later to be taken into commission in the Royal Canadian Navy as Her Majesty’s Canadian Ship (HMCS) Protecteur. Fortyeight years after that, paid off and having outlived her builder’s yard, she is returning under tow to the Maritimes and to the South Shore of Nova Scotia to be broken up. Could she be the first of other ships to end their service at Liverpool?

Other ships could end up here. How many is a question. Amongst the government ships yet to be broken up are the former HMC Ships Algonquin and Iroquois, like Protecteur no longer part of the Navy, and Canadian Coast Guard Ship Matthew. Others are soon to follow. HMC Ships Athabaskan and Preserver are old and worn. They will pay off and be put up for disposal before the others are broken up. So there could be a small flow of government ships to keep a local ship breaking industry going.

On the other hand, there are not many Canadian-flagged merchant ships up for disposal. It is cheaper and involves less regulation for shipping companies to dispose of ships overseas, where labour and environmental regulations are much less stringent. Fortunately authorities see that it is better to break Canadian government ships in Canada.

Besides government ships, there may be other opportunities for local breakers. The experiences with hulks Fraser, Cormorant and Farley Mowat are well known. Reportedly there are hundreds of wrecked boats in our ports and along our coasts. Though boat breaking may not be a great money maker, there are environmental, tourism and other benefits in doing something about wrecks of any size.

Who else is in the breaking business in another question. A Basel Action Network report in 2012 listed three Canadian ship breaking companies, with an annual capacity of 115,000 tons. Annual use of that capacity is much less, about 25,000 tons (Protecteur is about 9,000 tons). Other yards, ship builders, can state they could break ships, too. The competition could be tough.

There has not been much public discussion about other parts of the ship breaking chain. Where will the scrap steel be stored, and how and when will it be moved? With low global steel prices and overstocks a concern, storage, movement and use of scrap steel from the ships should be of interest.

RJ MacIsaac Construction of Antigonish has done well in taking their experience breaking the wreck Miner at Scaterie Island, and winning the contract for Protecteur and Algonquin. Their effort should be one that governments, from local to federal, support in the interest of an ocean-oriented economy in Nova Scotia and the South Shore. Breaking government ships can be considered as part of regional development, just like ship building and ship basing even if worth less. The 30 to 40 jobs that it is understood are directly involved breaking Protecteur are welcome. Surely other industries engaged in the ship breaking chain, whether equipment supply, transport, or scrap handling, will add to the economy, too.

Government action on the laws and regulations to facilitate getting the wrecks littering Nova Scotia from hazard and eyesore to scrap is something that people and their representatives should be demanding. Private member motions on wrecks in Parliament need public attention and support.

Another matter needing attention is the Hong Kong International Convention for the Safe and Environmentally Sound Recycling of Ships. Canada has ratified the convention, and now should push for other countries to do the same so the convention can come into force.

The day Protecteur arrives off Liverpool, not long now, will be a banner day. For those of the Navy who sailed in her, it will be a day of good memories and a sad ending. For those who see the opportunities, the day could be a sign of a great start for a local industry.

The History of Submarines and U-Boats 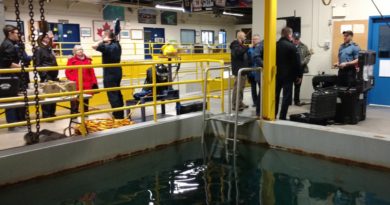 A Tour of the Fleet Diving Unit (Atlantic)