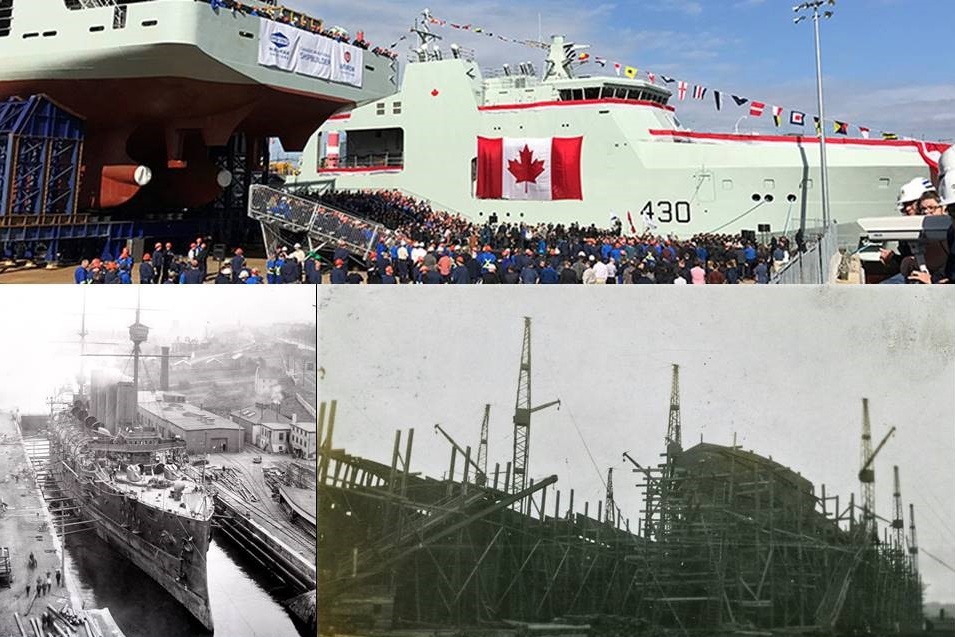 Captain(N) Tom Tulloch, Royal Canadian Navy (retired), will present “A World Class Shipyard in our Midst.”  This is a virtual presentation.  RUSI(NS) members and guests have been sent video-conference joining information.
“The Halifax Shipyard is a national strategic asset that dates from the creation of the still-used Graving Dock in 1889.  From its early decades supporting ships of the Royal Navy’s North American and West Indies Station, it has served as Canada’s front line ship repair facility in two World Wars and has built a significant number of warships for the Royal Canadian Navy throughout the previous and current centuries.  Revitalized in 2015, the Halifax Shipyard is today at the forefront of naval shipbuilding and repair in Canada.  The talk will touch on a brief history of the Halifax Shipyard before examining the current process to build the new class of Arctic and Offshore Patrol Ships for the Royal Canadian Navy and Canadian Coast Guard.”
+ Google Calendar+ iCal Export