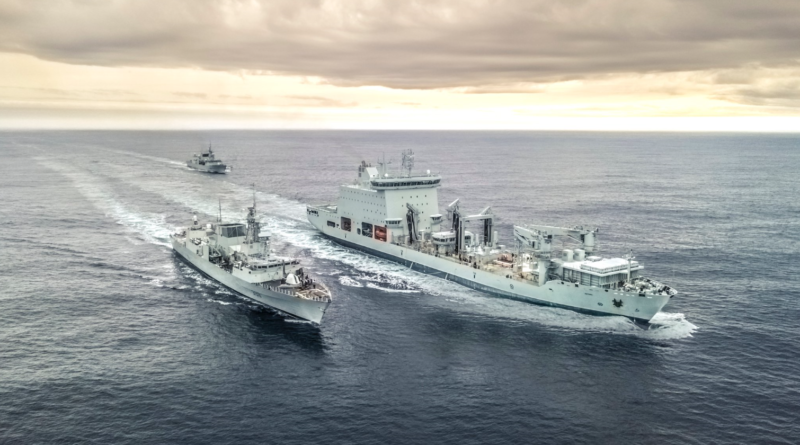 In response a position was distributed amongst RUSI(NS) analysts that the matter of merchant ships, especially ones under naval control as is Asterix, entering a war or exclusion or any other declared zone, is a huge area of maritime law.  A merchant ship will enter a zone depending on a risk analysis of the requirement and benefits versus (usually insurance) costs.  Individual mariners onboard the ship will make the same assessment – what is the risk versus what will they be paid.

The following comments are from an experienced mariner in response to the above statements.

These statements captured the salient points for a merchant ship entering a war zone.  It is about the risk and who is willing to accept it.  Look south at the US Military Sealift Command.  The Americans have subsidized the building of US flag merchant ships for US companies with the contract requirements that they can be called up in the service of the country in times of war/conflict.

If I were a ship owner and my ships are sailing under a flag of convenience (FOC) with no obligation to any nation state to provide my ships for service in a war zone, I am going to maximize my profit no matter what I do.  Imagine a Chinese owned shipping company, with Chinese government representatives on the board of directors, operating ships under FOC.  The company is not likely going to offer to carry war supplies and materiel that is not in their interest.

This has always been one of the touch stone arguments for the Jones Act which protects US shipping and encourages flagging merchant ships in the USA.

As for the merchant ship crews, they have to be compensated in accordance with the risk they assume.  This is no different than a Canadian Navy member or Canadian soldier who goes to a war zone.  Those military members have received preferential tax considerations while deploying overseas in the past and since May 2017 they no longer pay any income tax whilst deployed.  This in addition to the hardship and risk allowances they receive.  The civilian mariners in Asterix wouldn’t mind a bit of that!

The tone of the article in the Halifax Chronicle-Herald is negative.  The impression is that senior naval staff are trying to shine a negative light on the whole Asterix project being managed by Fleet Federal Services (FFS).  We hear the same old stories about how the vessel cannot go into a war zone and that she has civilian crews with an unwritten connotation that they are not reliable or capable, they are cowardly and they will fail to respond or turn into greedy opportunists if given the opportunity.

There is an easy fix.  Use the same system the British Royal Navy uses for their Royal Fleet Auxiliary (RFA) officers and crew.  Since 2003 RFA officers and crews have been appointed special members of the Naval Reserve deemed sponsored reserves.  If they are called up, they are contractually required to serve a minimum of nine months at a specified rate.

It would likely be easier to send the Canadian Joint Support Ships (JSS) into a war or hot zone because they are owned by the government and like all government resources are self-funded for insurance.  If the government is willing to risk losing an asset it can be sent.  The ships’ companies will be Canadian Armed Forces and can be compensated by decreasing or eliminating their tax burden.

But one has to ask: Why would any competent commander send a lightly armed, highly valuable asset that provides the supply line for the more heavily armed combatants into “harm’s way?” Even a JSS?

Senior naval staff should be singing the high praises for the Asterix program.  It is possibly the first procurement program in the history of the Canadian Navy that came in on time and on budget and solves the Navy’s biggest problem.  They should be asking for the Obelix, sister ship to Asterix!

The government should scrap the Arctic and Offshore Patrol Ship (AOPS) project now and buy or lease four ice breakers that FFS have to offer and give them to Canadian Coast Guard (CCG).  Arm them if they must be armed.  They would not be the first armed civilian vessels.  I commanded two CCG ships at various times – both armed with heavy machine guns and civilian armed boarding teams.  Take the money AOPS was going to cost and use that to fund a true blue water (globally deployable) navy. This would not be the first time a ship program was cancelled – the CCG Alert-class was supposed to be six ships.  The project was cancelled after the first ship.  The government had to pay for Expo 67.

The British are procuring four new AOR.  The hulls are being built in Korea; they will eventually be finished in the United Kingdom.   See reporting about the Tide-class tanker and check out the procurement costs!  The Australians are doing the same.  The major navies of the world, certainly the USA and UK for certain, run their supply ships using civilians.  Canada will do well doing the same.

This work is the sole opinion of the author and does not necessarily represent the views of the Canadian Armed Forces, the Canadian Department of National Defence, the Royal Canadian Mounted Police, the Royal United Services Institute of Nova Scotia, the Company of Master Mariners of Canada or the author’s employer.  The author may be contacted by email at: [email protected] 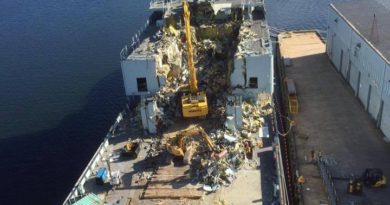