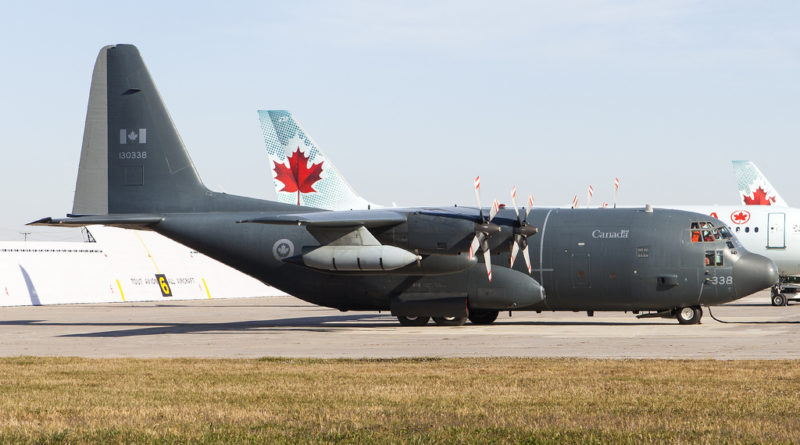 ‘Classification’ is the term used with respect to the certification of aircraft to mean a broad grouping of aircraft having similar characteristics of propulsion, flight, or landing, that is, airplane, rotorcraft, glider, or balloon. It is a broader term than ‘type.’ ‘Class’ is also used colloquially to refer to a size or weight of aircraft, e.g., the CH124 Sea King is classed as a heavy (~20,000 pounds) helicopter.

‘Type’ [ref]Warship orthography is opposite. Warships are first designated by type (e.g., frigate). Within a type there are different classes, each normally named after the first ship of the class (e.g., Halifax-class frigates).[/ref] is the term for all aircraft of the same basic design including all modifications thereto except those modifications which result in a change in handling or flight characteristics (e.g., CF188 is typed as a fighter).

‘Role’ is a term which though undefined officially is commonly used to indicate an aircraft’s designed function or its employment. It is analogous to the term ‘type’ and often used in lieu. Common roles include: fighter, bomber, transport, patrol, helicopter and trainer. Other roles include: air superiority fighter, tactical bomber, strategic transport, escort, interceptor, interdictor, fighter-bomber, attack, strike fighter and lead-in trainer. The term can be of long duration or apply to a single sortie (flight), and is often used interchangeably with the term ‘mission’ (to the confusion of that latter term), particularly when referring to a sortie. Some aircraft are designed to be multi-role.

A Royal Canadian Air Force (RCAF) aircraft ‘type designation’ [ref]Much of the information following is from the Department of National Defence C-05-005-001/AG-001 Technical Airworthiness Manual.[/ref] consists of the prefix letter C, a second letter indicating the primary role of the aircraft and a three-digit numeric. If required, a suffix letter designates a model (sub-type or version). There is no hyphen in the official designation. However, as a matter of policy, RCAF communications with the media and public will often insert a hyphen between the letters and numerals “because it’s a little easier to read and that’s the way the general public is accustomed to seeing it.” [ref]“What IS that RCAF bird called?” http://rcaf-arc.forces.gc.ca/en/article-template- standard.page?doc=what-is-that-rcaf-birdcalled/i8o9ztyn (accessed 31 December 2015)[/ref] Of note, a hyphen can skew searches of social media postings and data bases. As a practice based in history to differentiate Canadian aircraft from those of allies, the three-digit numeric starts with a 1. [ref]Similarly, RCAF flying squadrons are numbered in the 400 series to differentiate them from those of allies.[/ref] In the case of the Hornet, the designation CF-18 is often incorrectly used in public. The Canadian Hornet is the CF188. Though it was based on the US F/A-18 Hornet fighter-bomber, as originally acquired it had different capabilities, and though developments have increased its capabilities, CF188 are different aircraft than the US type. There are no CF-18.

Letters used to indicate the primary role of an aircraft type are:

A suffix letter and successive letters can be used to designate a base model and other models or versions of the aircraft. The letters I and X are not used. Examples are:

An aircraft’s ‘popular name’ is the designation by which it is known within the Canadian Armed Forces. The project management office acquiring the aircraft is responsible to select the name for the aircraft. Amongst a variety of selection considerations, if an aircraft already has a suitable official and commonly used name, that name is retained. The name selected must impart a Canadian connotation. Previously associated names may be utilized, with a Roman numeral (e.g., Harvard – Harvard II).

It is unusual but not unknown for a contemporary individual aircraft to be given its own name. It was more common for aircraft to be named in the past, particularly during war.

Each aircraft is assigned a three-digit numeric after its type designation which often starts with the same numeral as the last numeral in the designation, e.g., CF188802. Individual aircraft may be referred to by this second numeric, e.g., “Cormorant 914.”